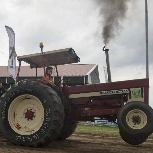 This topic is now archived and is closed to further replies.

By using this site, you agree to our Terms of Use.